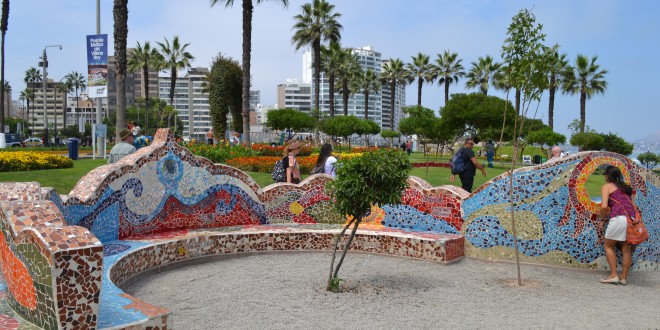 Lima, the capital of Peru, has a split personality. It is a modern metropolis with bold artistic expressions and a taste for world-class cuisine. It is a colonial city that remains deeply connected to its centuries-old roots.

We had a day to take in as much as we could.

Our hired guide, Ellie, met us at our hotel early morning. Could that senorita ever talk fast! She learned English in school, she said, but built up her speed by imitating the music videos of first Britney Spears and then Eminem. She escorted us through three of Lima’s 43 neighborhoods—the Historic Center, Miraflores and Barranco—providing commentary and history lessons along the way. When we decided to continue on our own after her time was up, she recommended restaurants and advised us on negotiating taxi fare back to our hotel. (NOTE: Lima traffic is absolutely insane!)

Our exploration led us to parks, cathedrals, catacombs, sculptures, fountains and other landmarks. Here are the highlights:

HISTORIC DISTRICT (CENTRO DE LIMA). Lima was founded on the Pacific coast in 1532 by Spanish conquistador Francisco Pizarro after a long and bloody battle with the native Incan Empire. Today, with a population of nearly 9 million, the city—nicknamed the “City of Kings”—is one of the largest in South America. The Historic Center is designated a UNESCO World Heritage site, and Pizarro is lauded as a national hero.

The main public square, named Plaza Mayor or Plaza de Armas, is bordered by two architectural treasures: The Government Palace and the Cathedral of Lima. 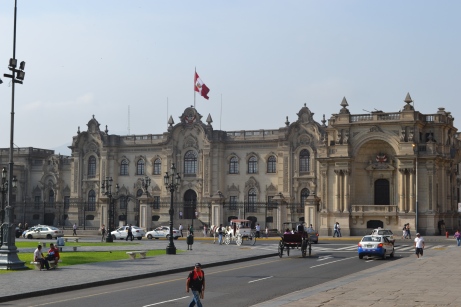 The Government Palace is the official office and residence of the president. At noon every day, an elaborate changing-of-the-guard ceremony takes place behind the tall iron gates. Legions of goose-stepping soldiers are accompanied by a military brass band, whose energetic marching tunes can be heard across Plaza Mayor. (This is a neo-baroque building rebuilt in the 1930s, not an original.)

A block northeast is the Monastery of San Francisco, a Spanish Baroque-style church and convent built in the late 1600s. The architecture is stunning and the library collection includes rare tomes. But when you’re short on time, you’ll head underground for what some say is the main attraction: the catacombs. Lima’s first cemeteries were created beneath its churches, and an estimated 70,000-plus bodies were buried beneath this one. Skeletal remains are stacked along narrow passageways and in deep pits. It’s dark, creepy and claustrophobic. But fascinating in a voyeuristic way. 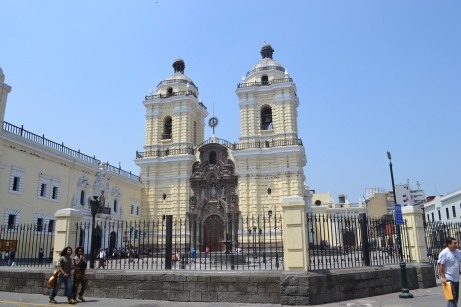 Back at Plaza Mayor is the Lima Cathedral. The building is the third structure on the site. It was finished in 1622 and incorporates a multitude of architectural styles. Circling the main sanctuary are two dozen chapels, each more richly decorated than the next. A few of the catacombs are navigable. Pizarro’s remains are buried beneath the first chapel, which is appointed with Venetian mosaics depicting scenes of the discovery of Peru and his coat of arms.

Next door to the Cathedral is the Archbishop’s Palace Museum, where a majestic staircase is crowned by a stained glass skylight. Religious-themed artwork and artifacts date to the 16th Century. 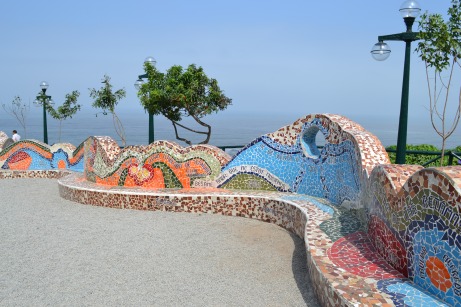 MIRAFLORES is the perhaps the city’s most affluent neighborhood as evidenced by its sleek high-rise condos and upscale retailers. Perched high on a clifftop overlooking the Pacific Ocean is Parque del Amor, or Park of Love, which is dedicated to romance.

Intricately tiled benches, inspired by the mosaics of Antoni Gaudi’s “Parc Guell” in Barcelona, curve along the perimeter. In the center of this lushly landscaped setting is a gigantic red modernist sculpture on a raised platform. This is “El Beso,” or the Kiss, and it depicts the creator Victor Delfin and his wife kissing. It was unveiled in 1993.

On Valentine’s Day, kissing contests and other celebrations of love are hosted in the park.

Look down toward the water, and you’re sure to see surfers catching the waves.

BARRANCO is the Bohemian district, where musicians, artists and tastemakers live and work. The predominantly Colonial architecture, with its colorful façades and ornate grillwork, interplays with outsized murals, mosaics and sculptures. A sign outside a Starbucks coffee shop advertised locally-sourced frappuccinos: lucuma and cherimoya (both fruity) and algarrobina (carob).

As for our dining pleasure:

TANTA. Ellie, our guide, pointed us toward Tanta within a small restaurant cluster near the Plaza Mayor and said there was “a famous chef.” The menu offered an extensive and eclectic mix of Peruvian, Italian and international fare. My artichoke ravioli was flavorful and satisfying without slowing me down for afternoon sight-seeing. A bit of research after we got home reveals Gastón Acurio is an internationally renowned chef with more than 40 restaurants worldwide. The Washington Post says Acurio “put Peruvian cuisine on the map.” Happily, we also found a Tanta in Chicago!

PURO PERU is a vibrant buffet-style restaurant with a décor that reflects its location in the artsy Barranco neighborhood. The array of freshly made and locally sourced Peruvian and international fare is one of the most extensive we’ve ever seen. Among the offerings are salad and sushi bars, cold appetizers, seafood, soups, hot entrees, wok, pastas, grilled meats and vegetables. The sweets table is as creative as the murals on the walls. Be sure to explore all corners of the two main dining rooms, or you’ll miss out on something yummy.

Puro Peru is a big restaurant (deceptively so, when viewed from the street, but it still feels intimate indoors. Bring a crowd or a hungry friend.

On safari in South Africa 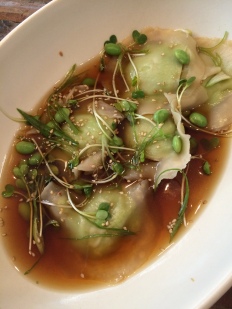 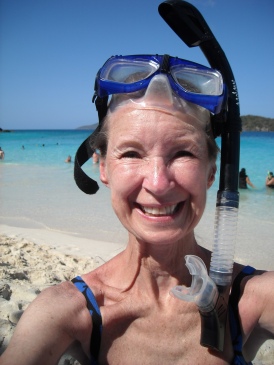 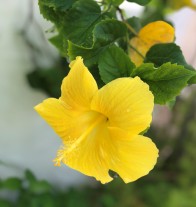 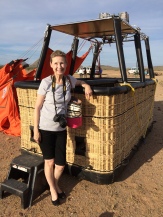 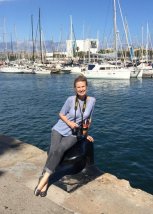 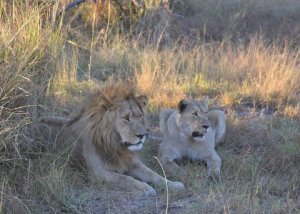 Lions in the Okavango Delta, Botswana 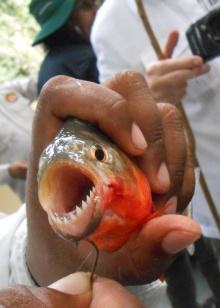 Fishing for piranha in the Amazon

The infinity pool appears to merge into the Caribbean Sea at Nizuc Resort & Spa, Cancun.

“Expressionista: How to Express Your True Self Through (and Despite) Fashion,” by Pamela Dittmer McKuen and Jackie Walker, Simon & Schuster

Hug a tree, and it will respond to your touch.

The stained-glass dome above the Sculpture Room at the Driehaus Museum. Photo by Pamela McKuen

My view of Victoria Falls from the helicopter cockpit.
Follow All The Write Places on WordPress.com